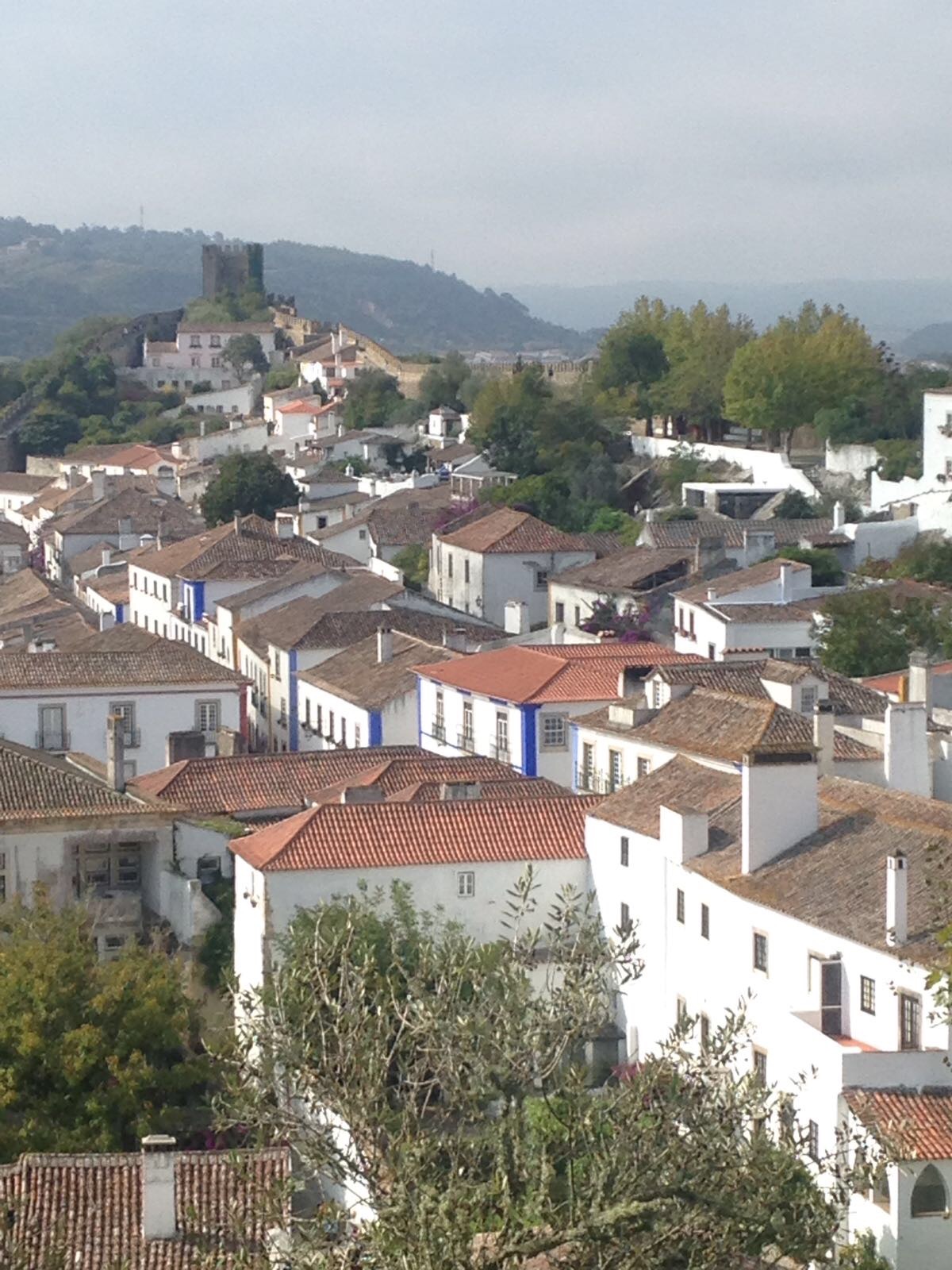 In order to find out about 2018 Football World Cup competition results, I simply googled for World Cup 2018 and Google opened its World Cup 2018 page. This post is about internationalization issue that I found on the page and proposed test strategy that could mitigate that issue before production deploy.

Google business case is to automate as much as possible. So if they have localized version of their application for country from where user is from (Google is using browser cookies to get user origin country), they will present localized application version. 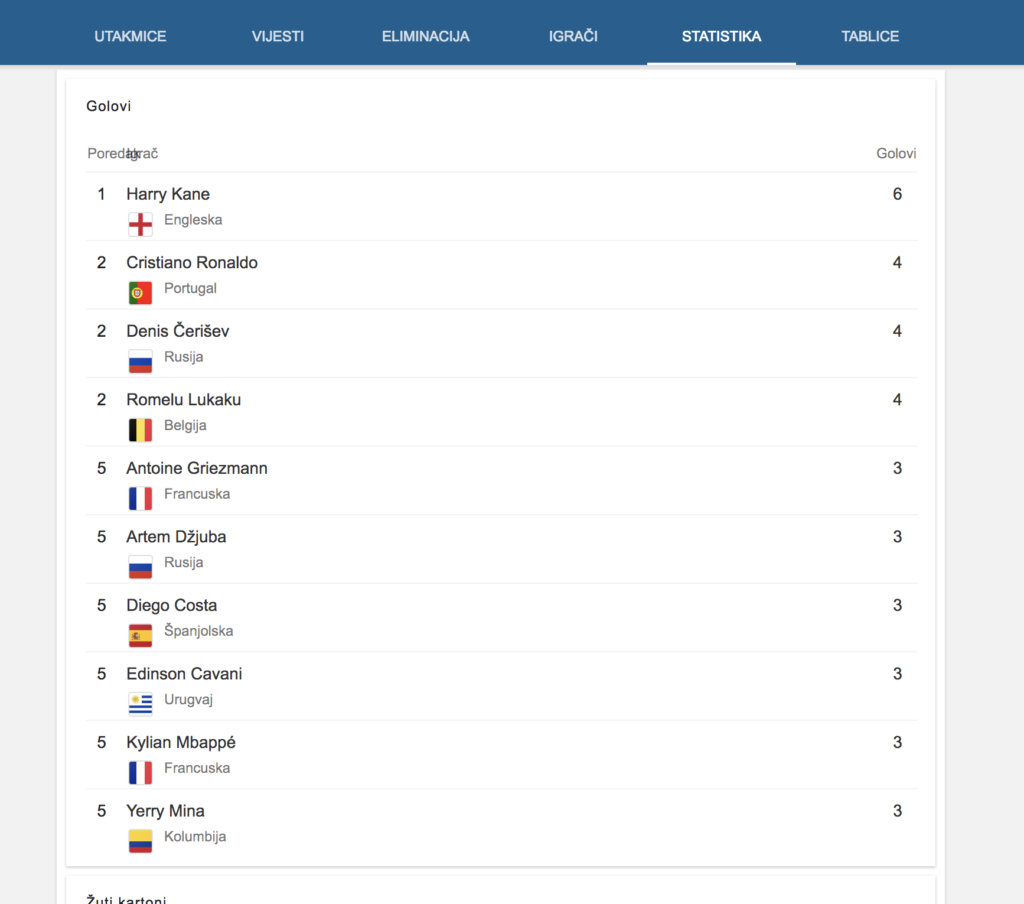 Rank in Croatian is Poredak,

Player in Croatian is Igrač. 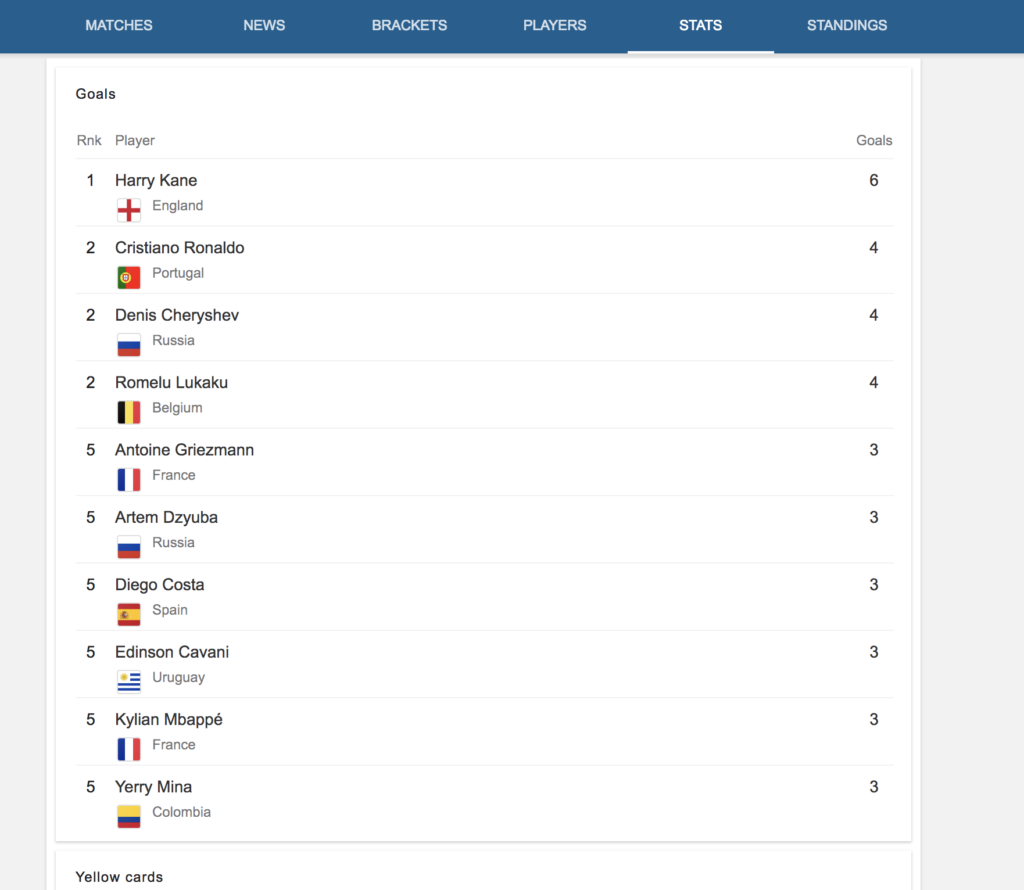 In English version, we have abbreviation for Rank, Rnk. Things that developers usually do in order to save table space. Poredak has more characters than Rnk.

Do we have a problem here?

For that I use comparable heuristics, FEW HICCUPPS [Bach, Bolton].

This issue is not consistent with Google Image, because Google image is that company delivers products with no UI issues. World Cup is huge event, and many users will notice this issue.

Every modern application framework offers Internationalization support. You have files, where each file is for dedicated language, with placeholder/value pairs. In this case, you have something like goals_rank_placeholder/Poredak for Croatian translate file.

So for every placeholder, you can use service (I bet that Google has internal api for that, Google translate does not offer this feature) which translates this to several world languages. I found this one, Translatr, that offers json output. You use languages supported by your application.

Then you find translation that is longest in number of characters, and test your table rendering for that language.

This process should and could be automated.

What I learned at Testival #40 game and beer session

How to test META SEO tags under two hours