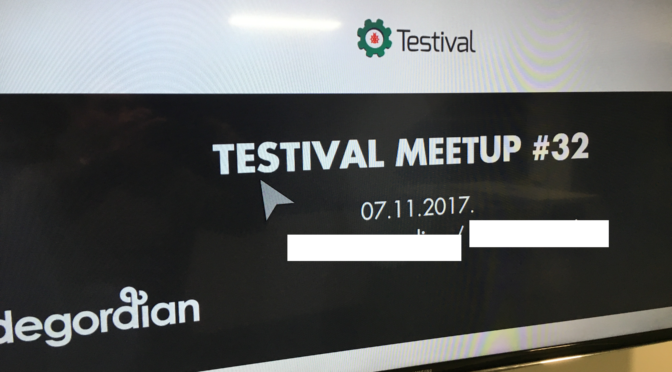 This post is about my  Testival #32 meetup learning experience.

Sponsor of this meetup was Degordian, digital agency  where there is no cure for their curiosity 🙂

They recently moved to new location, and this was my first experience of “Apple” style working place. And it was great experience. When looking such premises only through photos, it may give impression of show off.  But every detail in this place is made with reason. The reason is to stimulate your brain for new ideas and new learning experience! Great job! 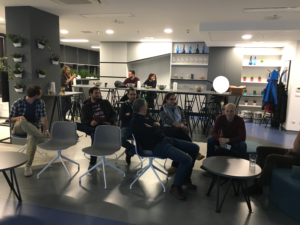 As I have done similar for several clients, I was curious how they cope with that, because Jenkins offers several options through its great Plugin community.

I learned that for github the best option is Github pull request builder. It also made me think how important is to select Jenkins plugin name in order to present what is actually do.

After pizza and beer break, we had three lighting talks.

Next day I found that with that character you can make very scary things, like publish your own What’s App application in Google play. Read more about that in Gojko Adzic excellent blog post.

Second lighting talk was from Vilim Stubičan from Degordian talked about his learning process (while he was solving Rubik cube with one hand 🙂 ).

I presented the most important software tester tool, a notebook. Read again James and Cem definitions of software testing to know the reason for that fact.

During the testing session in preview mode of this post, I found important issue with one photo because it contained Degordian wifi password. Which automation would caught that issue?

Be careful with software updates: example for osx text to speech feature