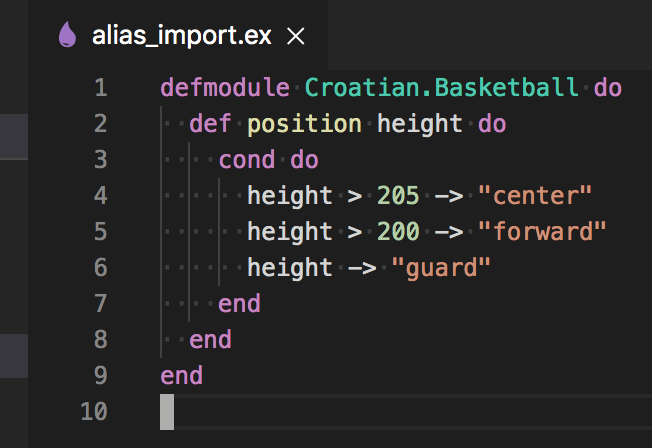 The primary purpose of Imports and Aliases in Elixir is to make your code more human-readable. This post is part of the functional language series, and it is based on the remarkable book Elixir In Action by Sasa Juric.

Although it is possible to have several modules in the same source file, it is good code readability practice to put modules in separate files.

To be able to run the position function from the image above, you need to write Croatian.Basketball.position. This could quickly clutter your source code, so Elixir has alias. 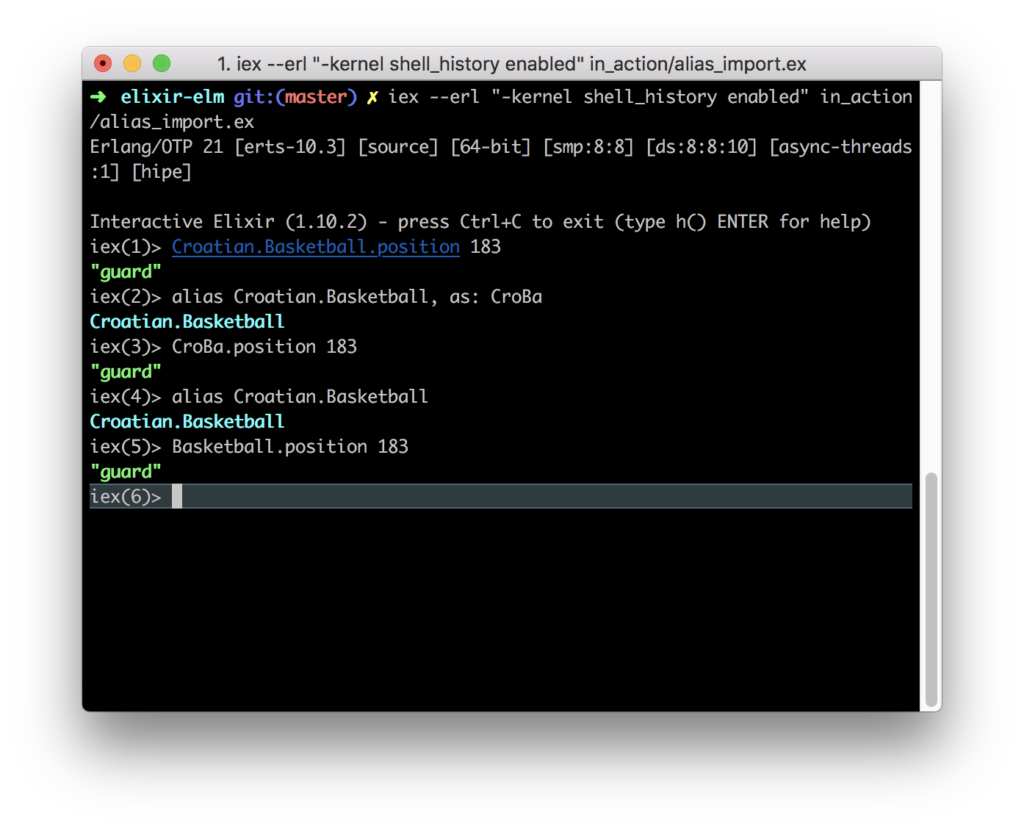 Then we used alias syntax to rename is to our preferred name, CroBa.

Finally, we used alias without as which means that as is the last part of the qualified name, Basketball.

Import is a totally different kind of beast. We use it to call the Macro code. Elixir macro code is code that generates elixir code in compile time. 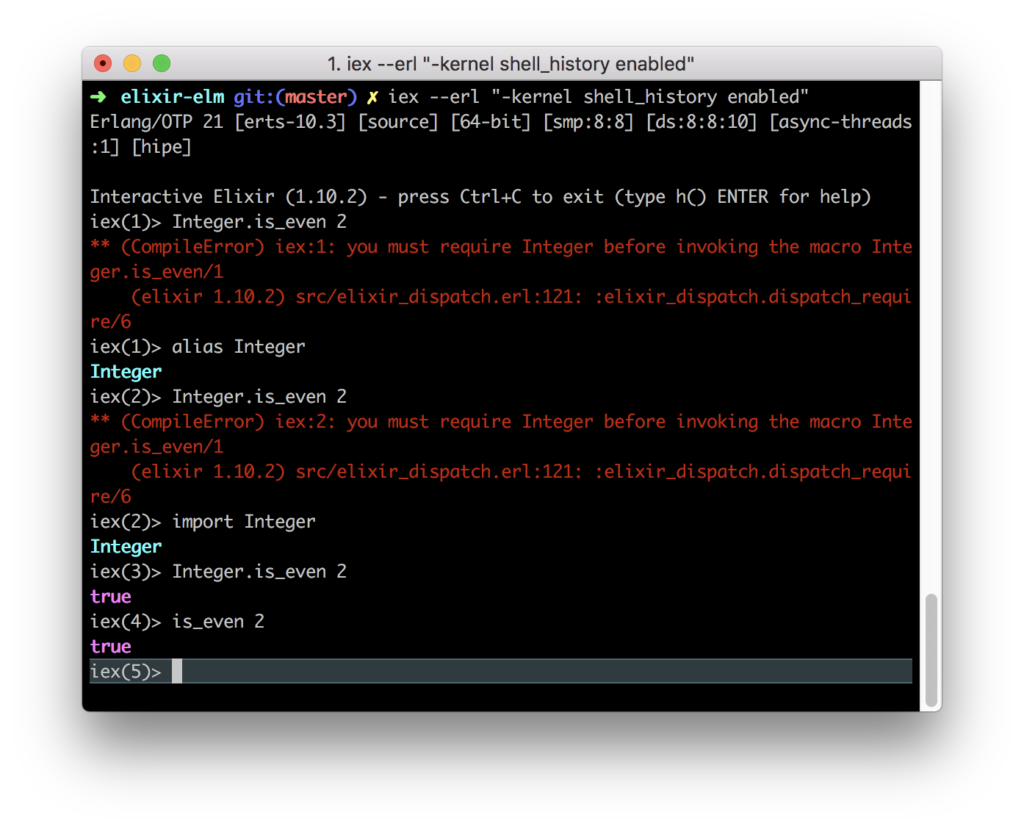 We tried to call Integer.is_even function and got an error that we need to require Integer.

We tried to be smart and use alias, but that did not help.

We used import instead of require.

With import we managed to call is_even with a fully qualified name and without it. This is the difference between require and import. 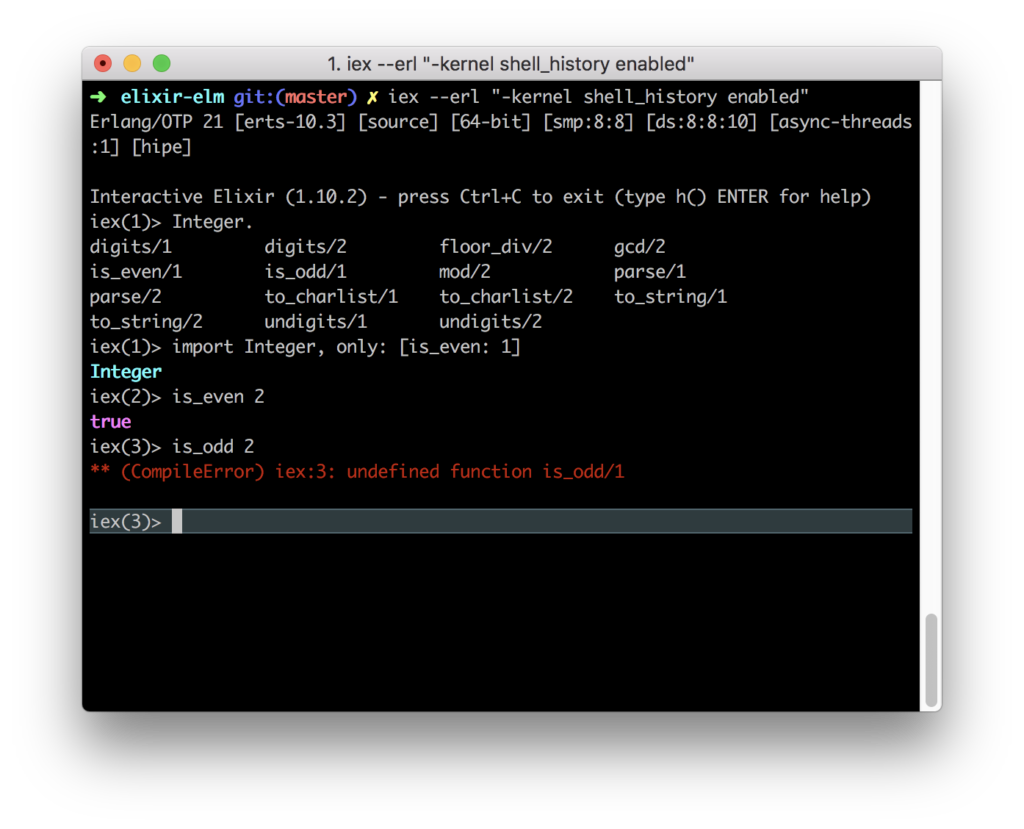 As compiling macros could take time, we could use import only. 1 is is_even arity.

The kernel is a macro module that is imported automatically. Why? Check the Kernel documentation, and you will figure out that if the statement is not a keyword but a macro function.

Why Elm Does Not Have Statements