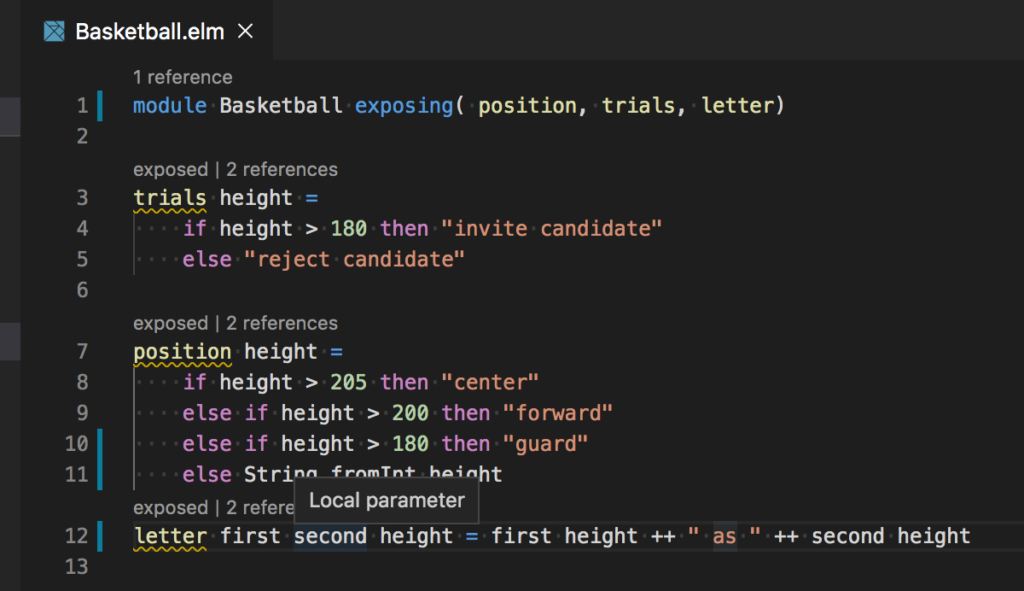 Here we explain Elm creator design decision to not support programming statements. This post is part of the functional language series, and it is based on a remarkable book Programming Elm Build Safe and Maintainable Front-End Applications by Jeremy Fairbank.

What is a programming statement:

In computer programming, a statement is a syntactic unit of an imperative programming language that expresses some action to be carried out.[1] A program written in such a language is formed by a sequence of one or more statements. A statement may have internal components (e.g., expressions) [wikipedia].

Elm calls for a different mindset. Elm functions are building blocks for other functions. The result is less Elm code. In our Basketball module, we add letter function that is using as argument a function. We call letter a metafunction. The code is in the above image.

We exposed letter function with three arguments, first, second and height. In the function body, first and second are used as functions with one argument height.

Let’s run it in Repl: 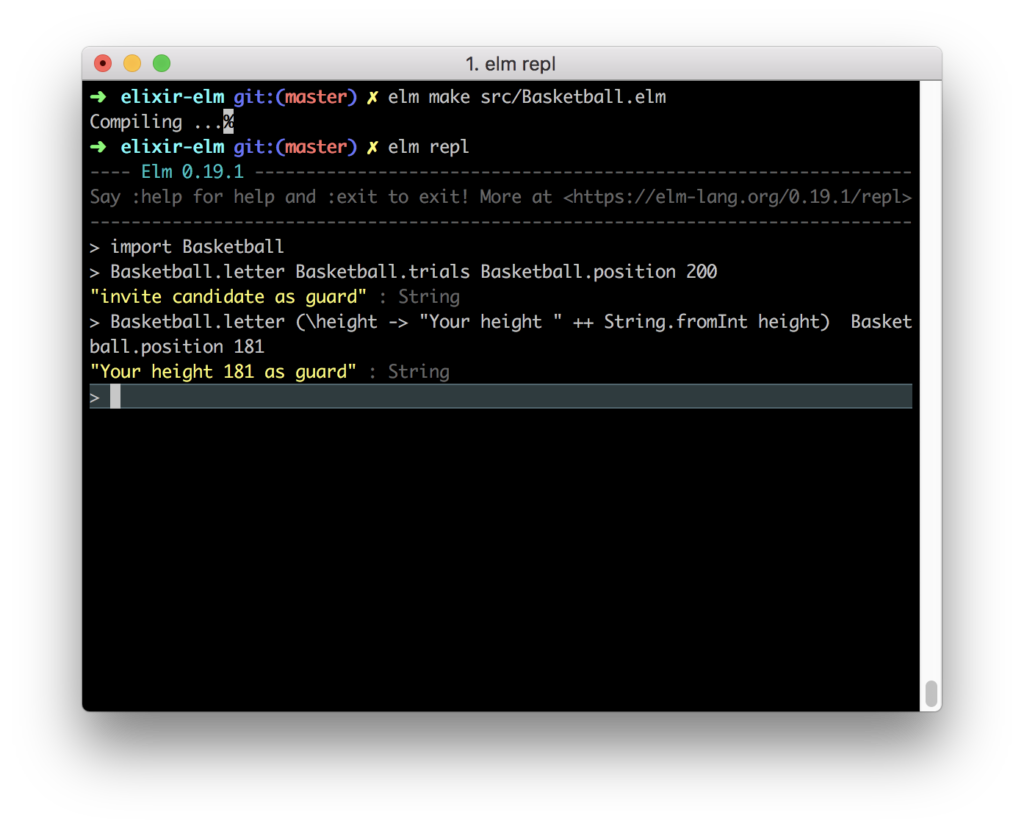 We used as the first attribute for Basketball.letter function Basketball.trials function, and the second attribute is Basketball.position function. And this is Elm magic, the function input parameter could be another function.

Here is what happens when we declare an anonymous function with Int as return value: 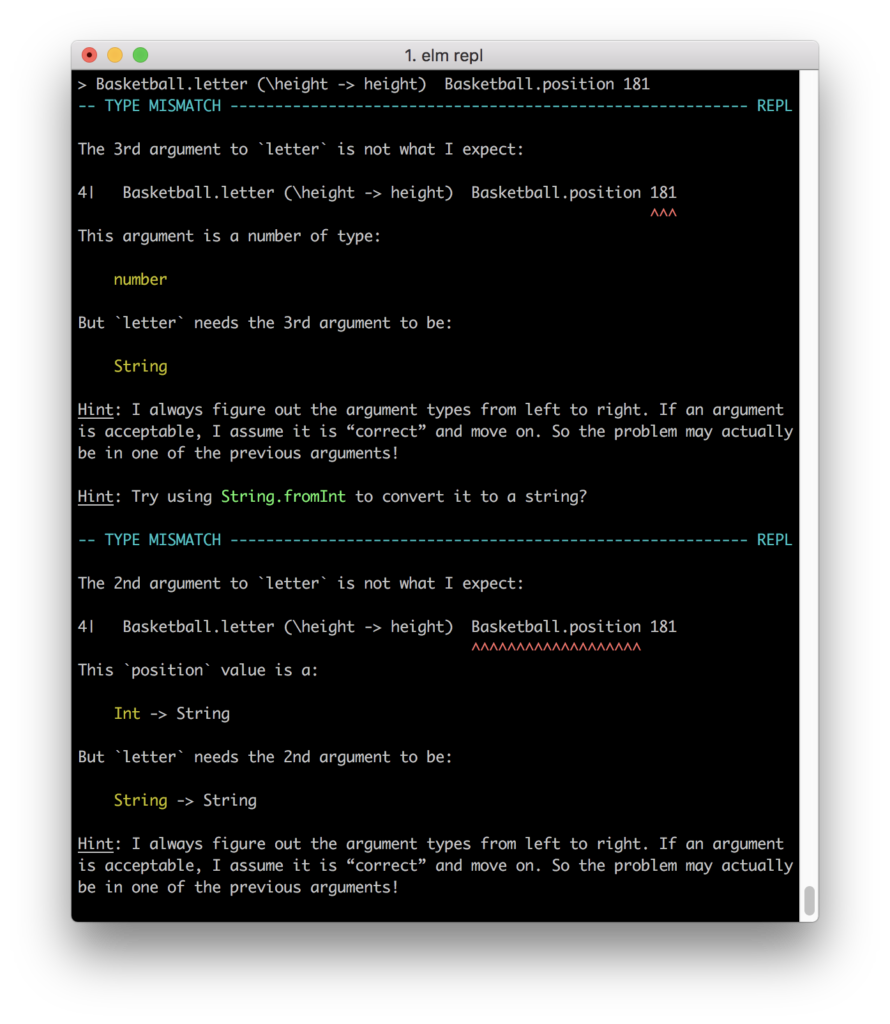 Imports And Aliases In Elixir

Five Warnings That You Are Not Agile