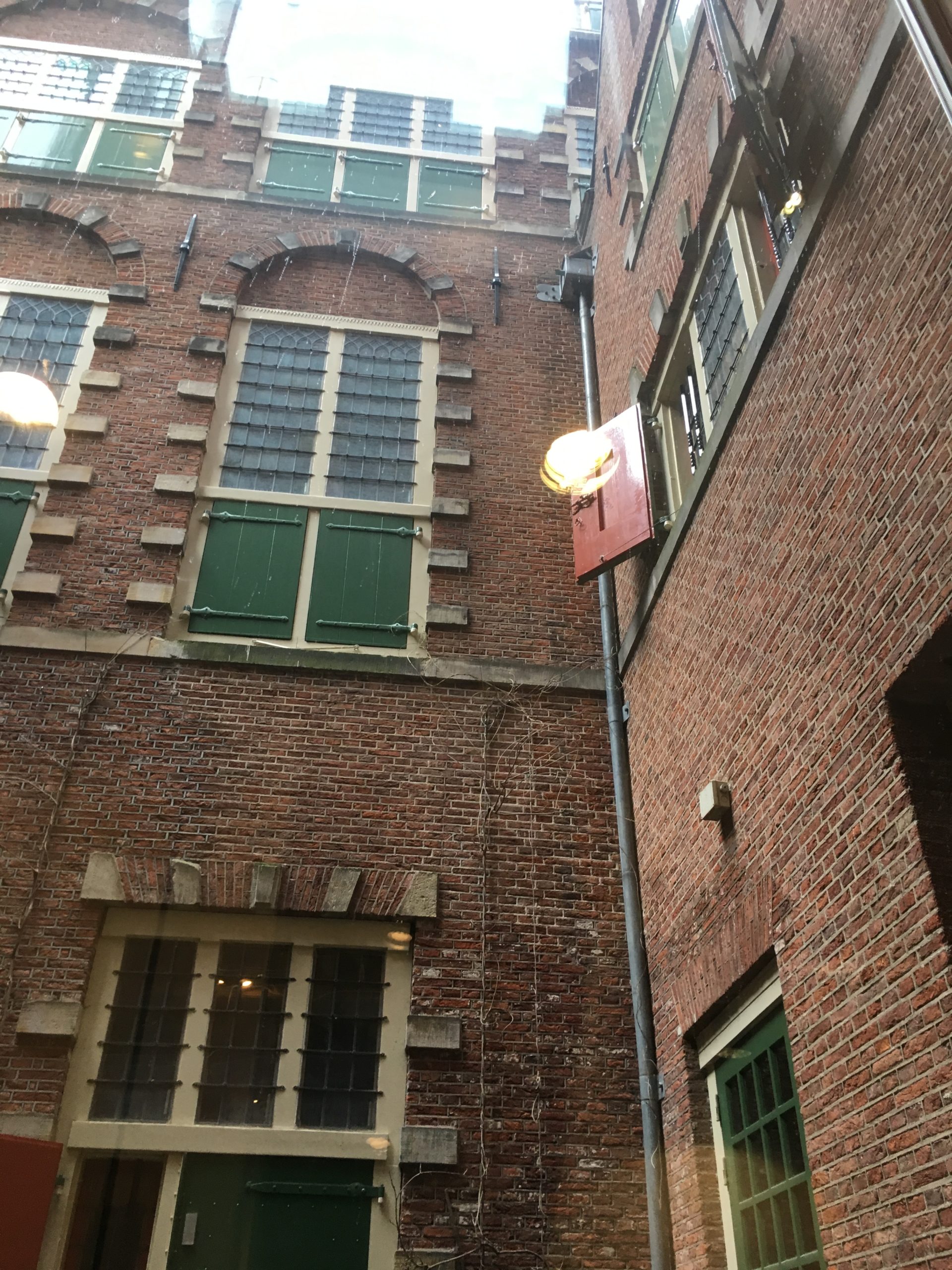 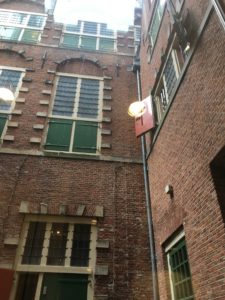 This is a report on my second day that consisted of leisure activities. It was a windy and rainy day, and my umbrella was broken.

The second day was planned to visit the Rembrandt House Museum. Plenty of opportunity for exploration. I already bought a ticket bought online, so the card was not needed.

Rembrandt was not only a mastery painter, but he also knew how to sell his masterpieces with a profit. The result was that he had an impressive house for the 17th-century standard. For example, this was his kitchen sink with running water:

Water was not drinkable, they drank light beer instead. Another impressive fact was how Rembrandt produces his colors. Colors were created mostly from rocks, by crumbling them into a fine dust that was mixed with oil. Some of those rocks were poisonous (Arsen!), and another were produced from Mexican bugs. Very impressive. 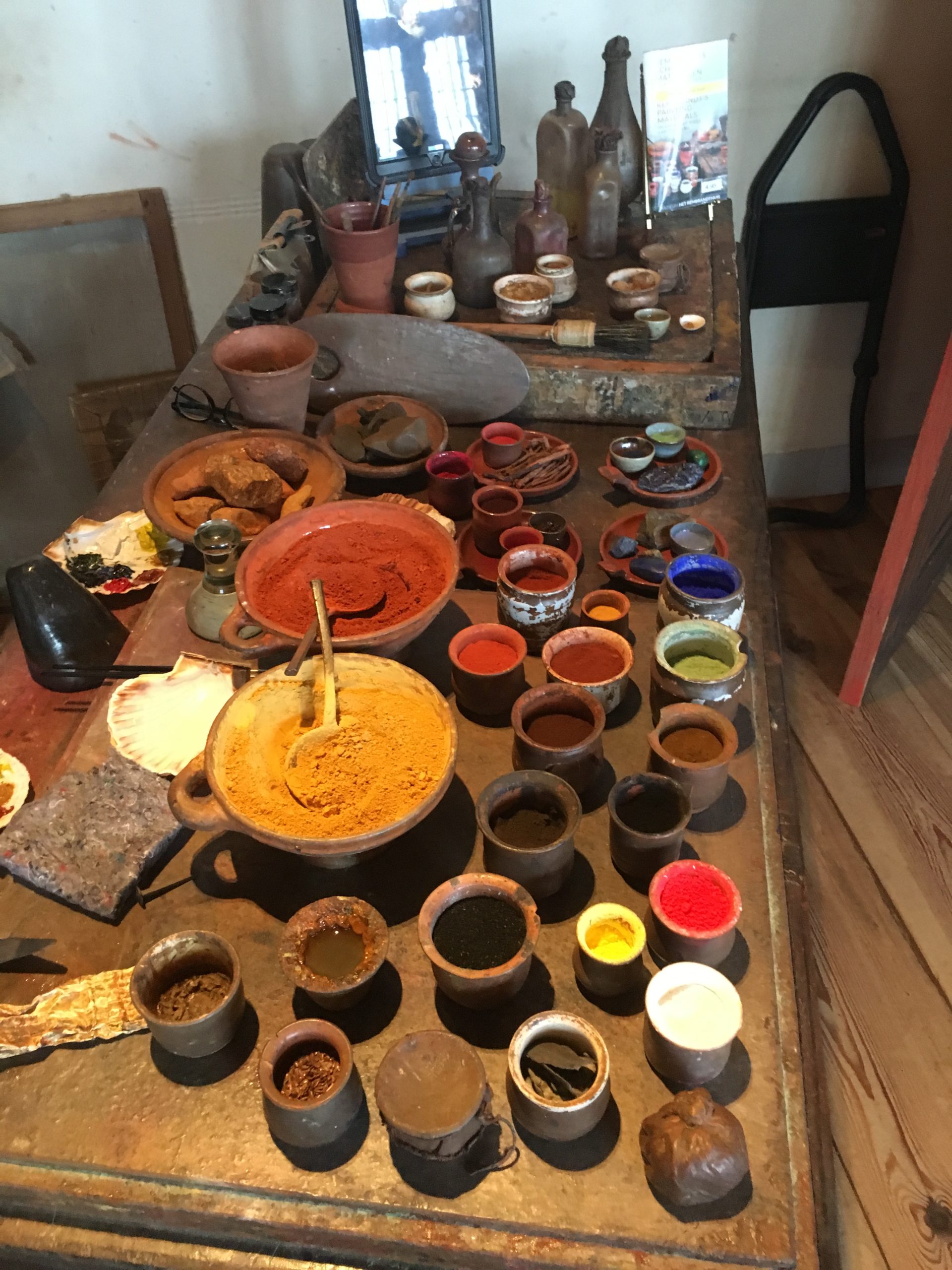 Rembrandt’s house had two studios. One for Rembrandt and one where he taught painting to his students. This is a student studio:

Rembrandt’s museum also explains how painting restorers study that a painting is original Rembrandts work.  They use the X-Ray analyzer that could determine the origin of colors; they investigate canvas watermarks and patterns. All that data could be used to determine a painting origin. I call them Rembrandt’s heuristics. I did an exercise with a pattern matching:

Later I bought a city transport four-day ticket using a card transaction. It was raining, so I decided to check the local game shop for Gant Rubik cube. They did not have it, but I found game Stratego that I was searching for years.

A strategy game for two players with pieces from Napoleon Wars. The goal is to capture the opponent’s flag or put the opponent’s pieces in an unmovable position. Pieces could move by one field, but not diagonally. They are ranked, and the outranked piece is “eaten” if attacked. There is an exception with bombs (outranks all except for the miner), and the spy who could move for several positions and it outranks Marshal (highest rank) but only if attacks it. The opponent can not see your pieces.

Tomorrow is a pre-conference meetup!