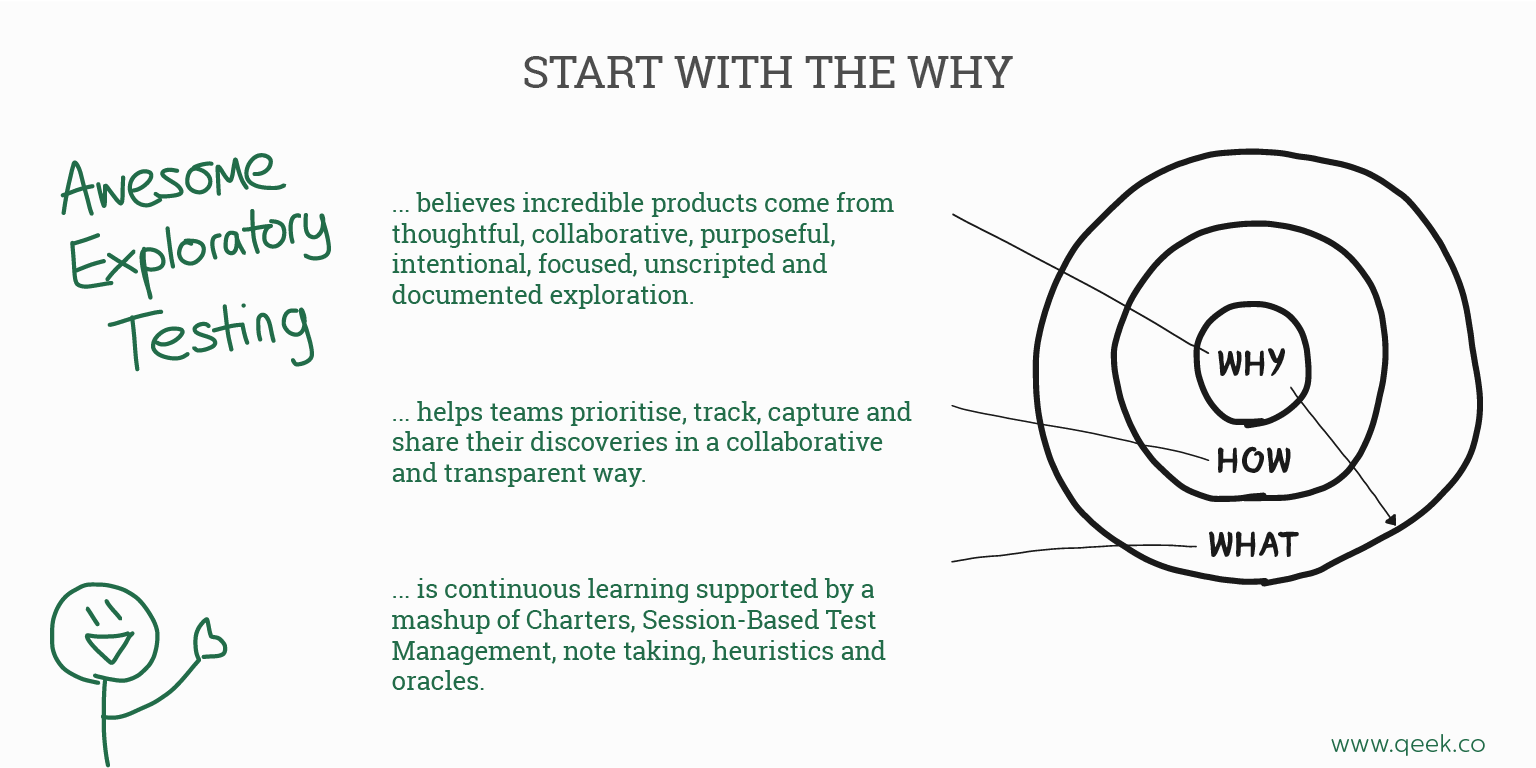 Now that we know James Bach’s idea of the Thread-Based Test Management, let’s explore the first of three digestible diagrams created by Simon Thomes Start with the Why. This is a part of the Exploratory Testing Pathway. Many thanks to Marcel who sublimed this great resource on his blog, That’s the buffet table.

What Is Not Exploratory Testing

We need to stress two essential aspects of this diagram:

Start With The Why

And continue with the how and what. When you can explain why, how, and what you are testing with exploratory testing, you would prove and move from bug hunting and ad hoc testing paradigm.

How To Find Right Rhythm For You Software Project Team