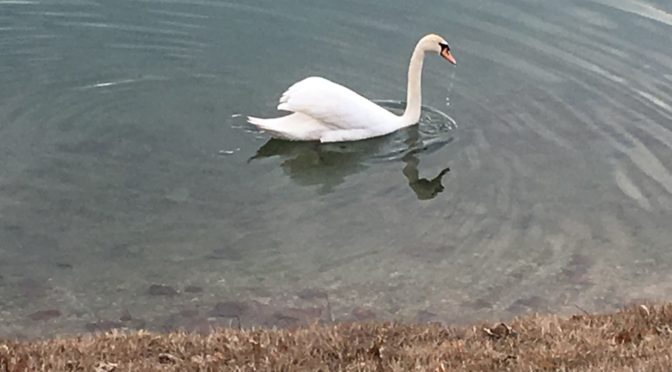 This is explained in the book “The Black Swan (Taleb book) which is on my reading list. Every influenced software tester will recommend it.

“””The book focuses on the extreme impact of certain kinds of rare and unpredictable events (outliers) and humans’ tendency to find simplistic explanations for these events retrospectively. This theory has since become known as the black swan theory.”””[Wikipedia]

Yesterday I arrived home with combination of olive and engine oil on my sneakers. The risk: this significantly lowered traction between my shoes and ground, so there was high probability of fall.

I was in grocery store. There was funny smell in the grocery store. Then I heard crashing sound. One lady dropped a bottle of olive oil at the store entrance. I was in a hurry and did not wait for employee to clean this.

A few minutes later in public garage next to the place where I parked there was a car with big oil spill. Car owners were tourists.

My simplistic explanation (thinking about this event for five minutes).

It is highly probable that people drop things in this grocery store because they get sick with funny smell.

Yearly increase of tourist visitors in Zagreb is on average 10%. It is highly probable that you will meet tourist with broken car.

“””The main idea in Taleb’s book is not to attempt to predict Black Swan events, but to build robustness to negative ones that occur and to be able to exploit positive ones. Taleb contends that banks and trading firms are very vulnerable to hazardous Black Swan events and are exposed to losses beyond those that are predicted by their defective financial models.

My robustness in this context. For last year of so, I pay extra attention to my shoes. They must have Goretex or similar technology, and advanced sole technology. Currently I am using Columbia Men’s Ventfreak Outdry Multisport Mesh Athletic Sneakers with Omni-Grip™ non-marking traction rubber outsole. The reason is my back pain and when I am wearing those shoes, I do not have back pain. By keeping attention to my back problem I also enhanced my robustness to explained Black Swan event.

Hmm, how can I apply that to my software testing?

Ruby on Rails bottom up security - other servers

This site uses Akismet to reduce spam. Learn how your comment data is processed.