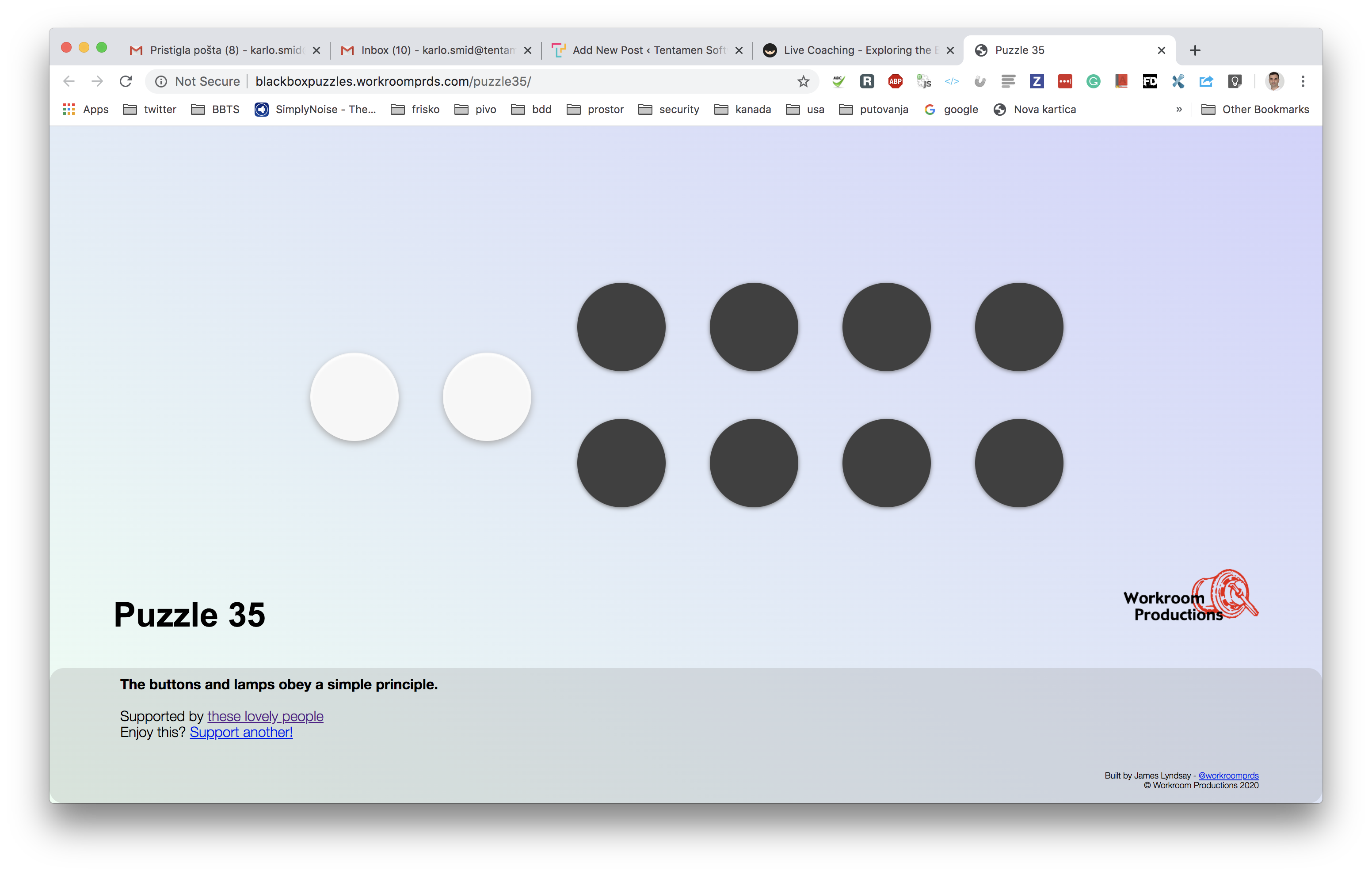 When the session has keywords explore, coach, and puzzle, then you could be sure that you are going to learn something about software testing.

Black Box is a scary word for many software testers. I was, for sure, one of them. The first thought when I hear word black box was I do not have a clue what is going in here! I considered that as bad thing. How can you use something when you do not know how to use it? Years later, I realized that this is a fun part of software testing, going from chaos to obvious. Repeat again on the new black box.

James Lindsay is the author of Black Box puzzles. In the first five minutes of the session, he asked to feedback about our progress. One tester admitted that she is confused. And that is good, James (master) added.

Our task was to reveal model rules for puzzle #35. His only hint was that there are rules.

Here is my take on the puzzle. There is an interesting thread on Software Testing Club from other participants.

Putting lights in a queue. Queue fills from right to left.
Queue timer starts when light is turned on. And that counts for next light added to row queue.
Each row has independent timers.

Click the right button four times. The second queue light timer has already been started at the moment when the first queue light in that row went on.

This means that second row light will not go off after four seconds of its appearance time moment, but four seconds after the moment when the first light went on.

Queue timer is started when the first light goes on. But that rule is applied only for the last light in the queue (top of the queue). When the last queue light goes off (first on the right in a row), the next light will go off when the full-timer value expires.

I used my phone stopwatch.

I measured how much time elapses before the light goes off. I could not get consistent times for the last light in the queue.