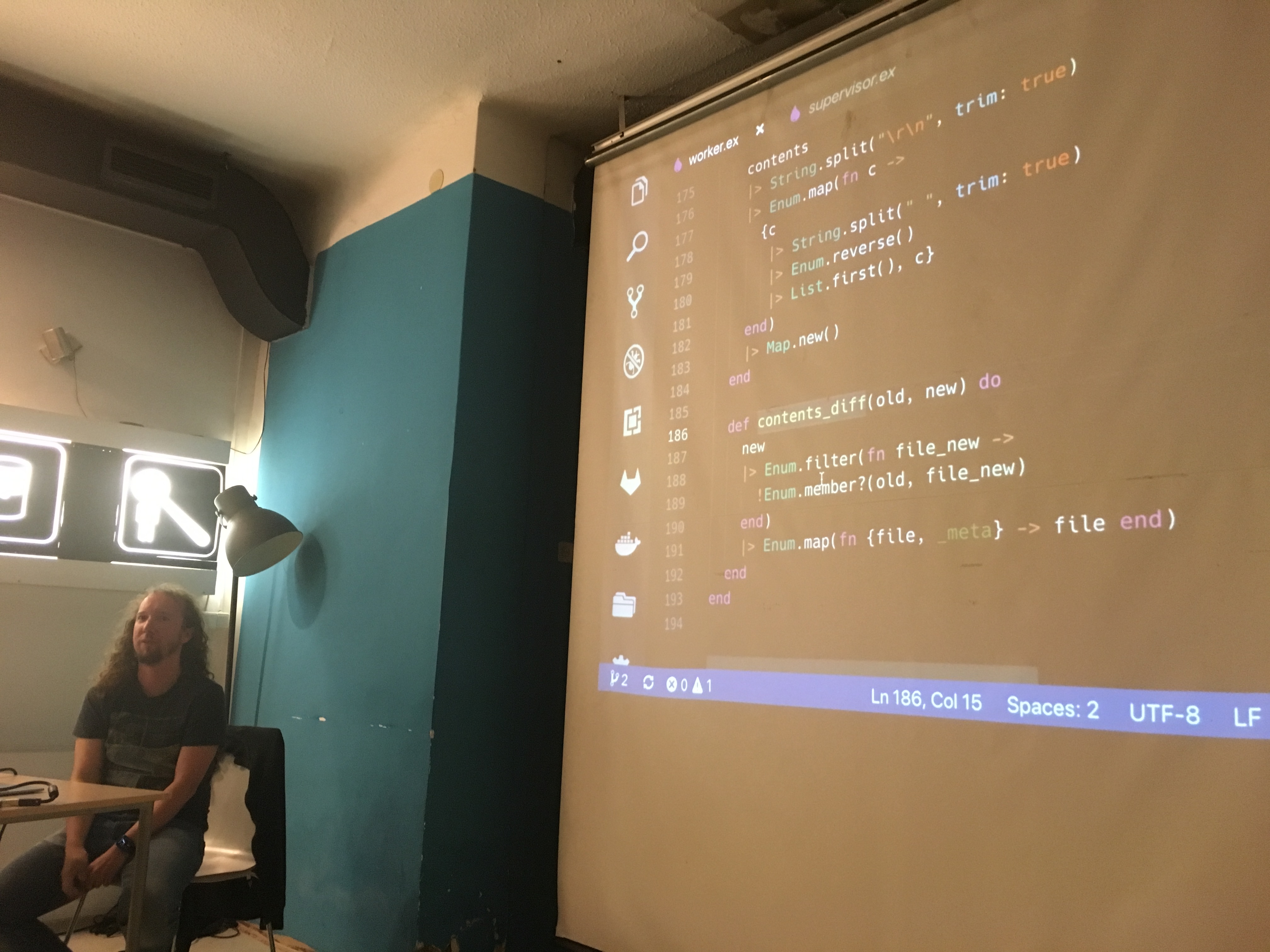 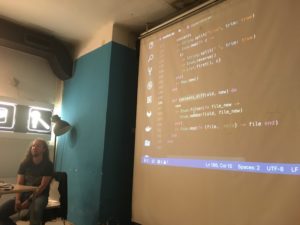 This post is short report about Zagreb Elixir Meetup #1.

Elixir is functional programming language, it uses Ruby code style, and it runs on BEAM (Erlang) virtual machine. Very powerful combination. We met in MaMa, and event sponsor was ScoreAlarm. Many thanks for pizza and beer. There was one talk.

GenStateMachine is Elixir library that helps to you write application that is state machine. With average Elixir knowledge, you can concentrate on you business logic (Petar business are FTP bulk downloads and syncs) and leave everything else to GenStateMachine lib. To get you interested in Elixir code base, here is simple state machine from GenStateMachine official documentation. 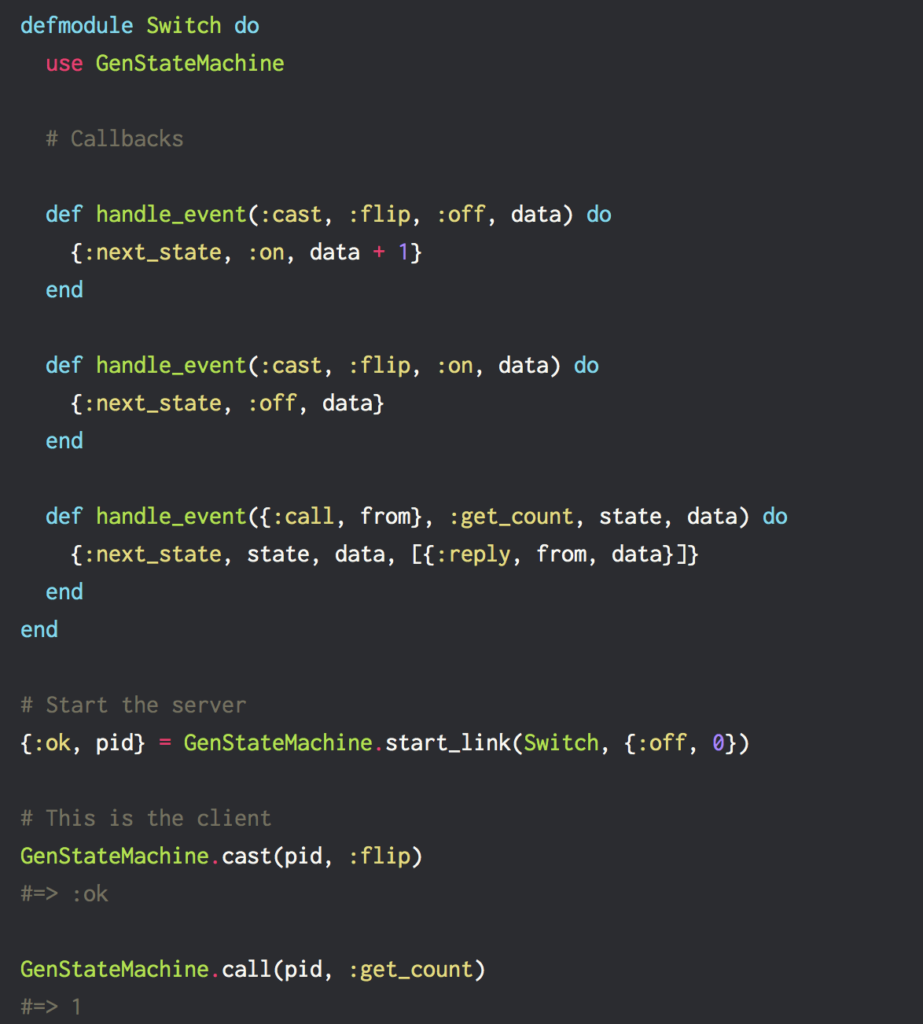 In this example, server has two states, :off and :on. Those states could be changed with method flip, where every change is noted as counter increment by one. Calling get_count, you can check server internal state.

After official part while waiting for pizza, I met Marko from Rijeka and learned about Absent, Elixir GraphQL library. I shared my Phoenix learning path and explained how I test my Phoenix project using espec, excoveralls and credo.

What Is Software Testing Context?

Every Tester Must Have A Mission