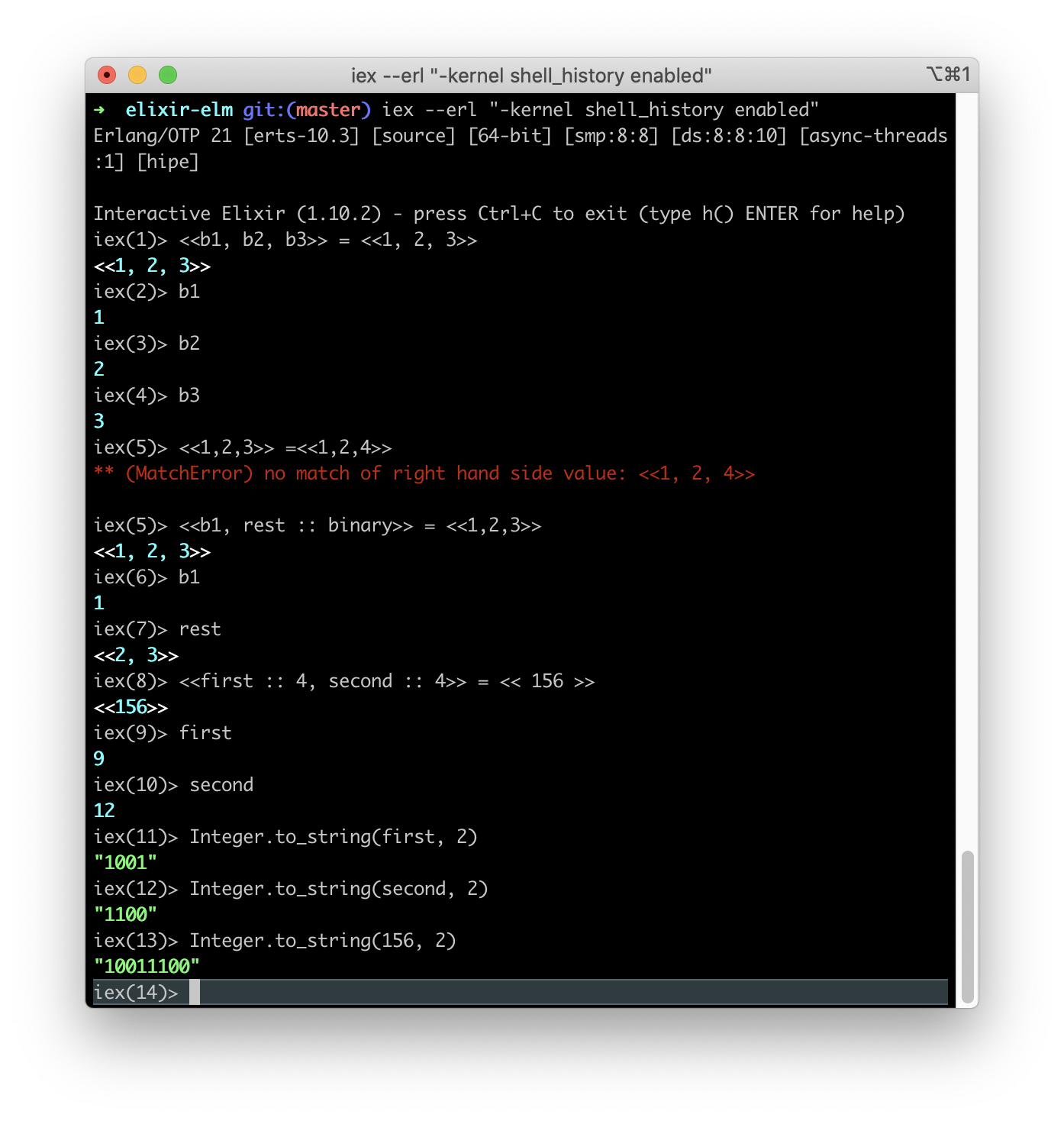 First, we need to recap on bitstrings and binaries. Bitstrings are a chunk of bits with configurable size, while binary is a bitstring with a byte size (eight bits). Remember that Elixir Strings are binaries.

Using binary syntax and pattern-matching operator, we first pattern-match each byte of three-byte binary into separate variables in the above screenshot.

Then we forced one MatchError.

We can pattern-match just what is interesting for us.

Let’s pattern match Croatian letters. Š Đ and Č. For them, we need 16 bytes because those are encoded using.  Decimal UTF8 value for Š is 50592.

We could also do something like regular expressions with the help of operator. Here we store the testers name  into name variable.

When To Use It

When should you use binaries pattern-matching in Elixir? When you are receiving a stream of binary data (zeros and ones) from a file, device, or URL, extracting bits from those streams based on various patterns is best done using binary pattern-matching.