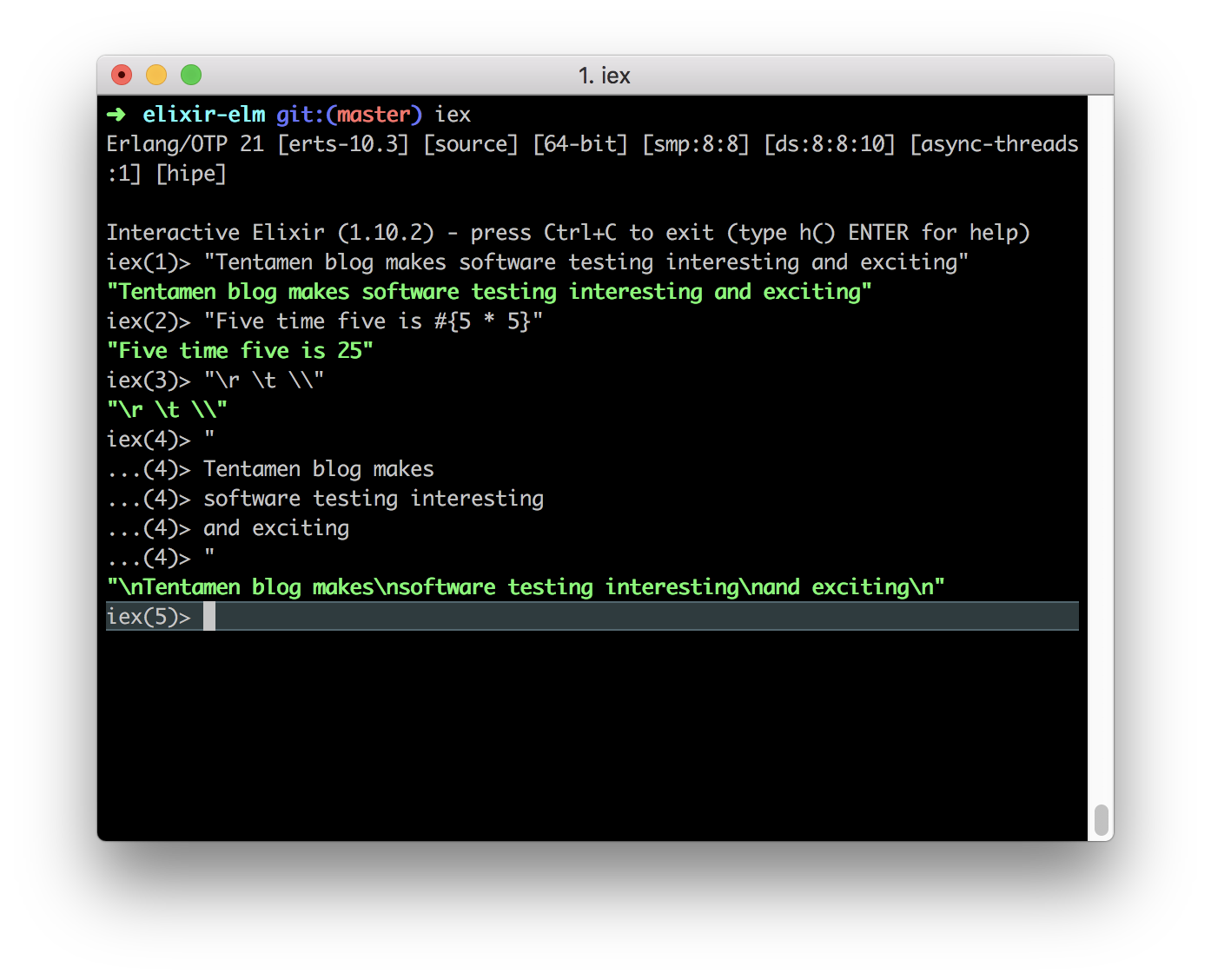 In the previous post, we explained how Elixir handles fundamental computer datatype, binaries. This was a great introduction to Elixir Strings. This post is part of the functional language series, and it is based on the remarkable book Elixir In Action by Sasa Juric.

Elixir does not have a dedicated String Type. Instead, Strings are either Binaries or Lists.

Elixir binary strings are defined using ".  As in Ruby, you can embed Elixir expressions into binary strings using #{}. Character escaping works as expected. Elixir also supports multiline strings (all in the terminal screenshot above).

Sigils are useful ~s when you have " as part of your String. It handles your error-prone character escaping. Uppercase is used for not interpreting embedded expression and not escaping characters. Heredoc is also a multiline string, and it is used for modules and function documentation. In the end, we must note the essential side effects of String binaries. Strings are concatenated in the same way as Binaries, using the <> operator.

How To Create Elm View