I am pleased that last weekend  Zagreb hosted CITCON (it is pronounced kit-kon). CITCON is open conference about continuos integration and testing.
I was afraid that conference would be only about test automation, but I was proved wrong.
We gathered on Friday afternoon at 6 pm. Jeffrey and Paul gave an introduction about CITCON, open information foundation and the structure of open conference. Very useful information for the one that were first attenders.

On Friday, we needed to define unconference topics. Anybody with a topic had 2 minutes to present that topic, write it on post it and stick it on white board. If the had enough number of votes by other participants, it made it to final schedule (four rooms by five sessions). 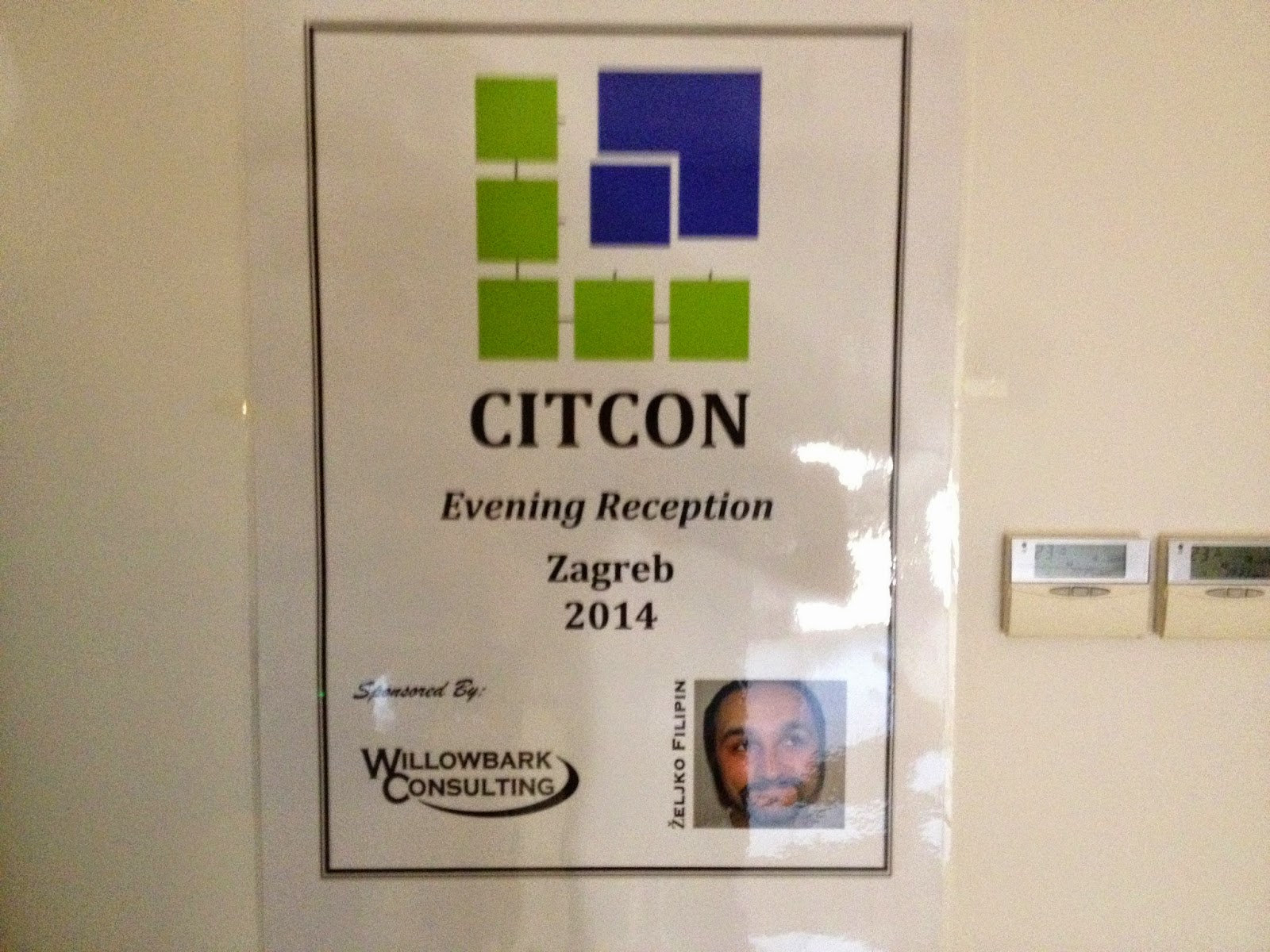 But, participants were proactive, on Saturday they added one more room and five more sessions!

I already said that I was afraid that this would be heavy automation conference. But session from Jeffrey (I prove you that you are wrong) and Squirrel (Normal accidents and root cause analysis, I want to be awesome), talked about topics that did not involve any programming language. They were about topics that are proof that testing will never be dead!

On Saturday we had our sessions. In the end, every attendant had to share its a-ha moment.
My aha moment was from topic about  polytesting. How to run regression test suite form bottom up. I was not sure that this idea was meant to be transferred by the author, but this is one of the goals of open conference.
Instead of closing ceremony, there was draw of our satisfactory questionaries. Four books from Pragmatic Bookshelf were given.
Catering was great and event location was sponsored by HGK Informatika.

On Saturday evening, I showed to some of the participants Zagreb Downtown area. And second aha moment emerged. Tester should always ask questions for clarification. Why? Participants from Helsinki were interested in hosting next Euro CITCON event. As I was one of volunteers for CITCON Zagreb, they asked me how much money did it cost? I clarified to them that Open Foundations covers all the costs. And I think that that information helped a little bit that next CITCON Europe will be held in Helsinki.

When system does what is not suppose to do

How to connect Minas Tirith and Minas Morgul?