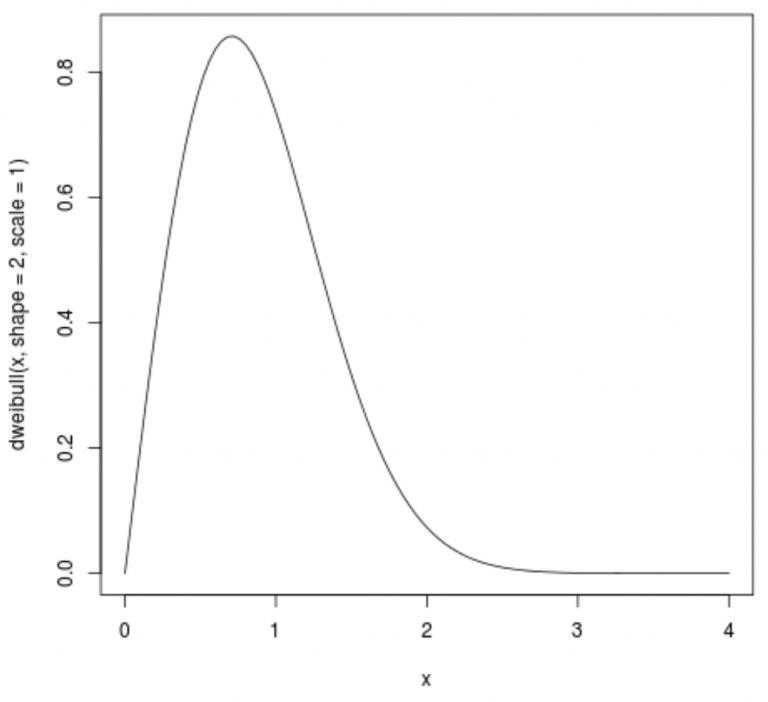 To estimate the product ship date, the Weibull reliability model could be used. Why this will not work is explained in this post. The post is aligned with the Black Box Software Testing Foundations course (BBST) designed by Rebecca Fiedler, Cem Kaner, and James Bach.

In the Weibull model, Y-axis represents time, while X-axis is the probability of occurrence.  To fit this into the product ship estimation date, we need to estimate the parameters of the Weibull curve. Some projects assume that the defect arrival rate is suitable for this purpose. We could measure a number of open bugs per week or ratio of fixed/found bugs per week.

When we create a model of something, we have assumptions. Using bug counts for ship date estimation is using the following set of assumptions [Simmons]:

If you have some testing experience, then you know that those assumptions are not plausible.

We should have an early curve pick because that implies an earlier bug rate decline and sooner shipping date. In reality, the project team (not only testers!) will start adopting dysfunctional methods to achieve the Weibull curve for bug arrival rate [Hoffman].

The goal is to find a lot of bugs early. Testers would hunt for easy functional bugs, not hard to find the bug. Other testing techniques would not be used (product environment, security, scenario testing, risk analysis are some of them).

To have fewer bugs later in the project, testers would do:

People optimize what we measure them against, at the expense of what we do not measure.