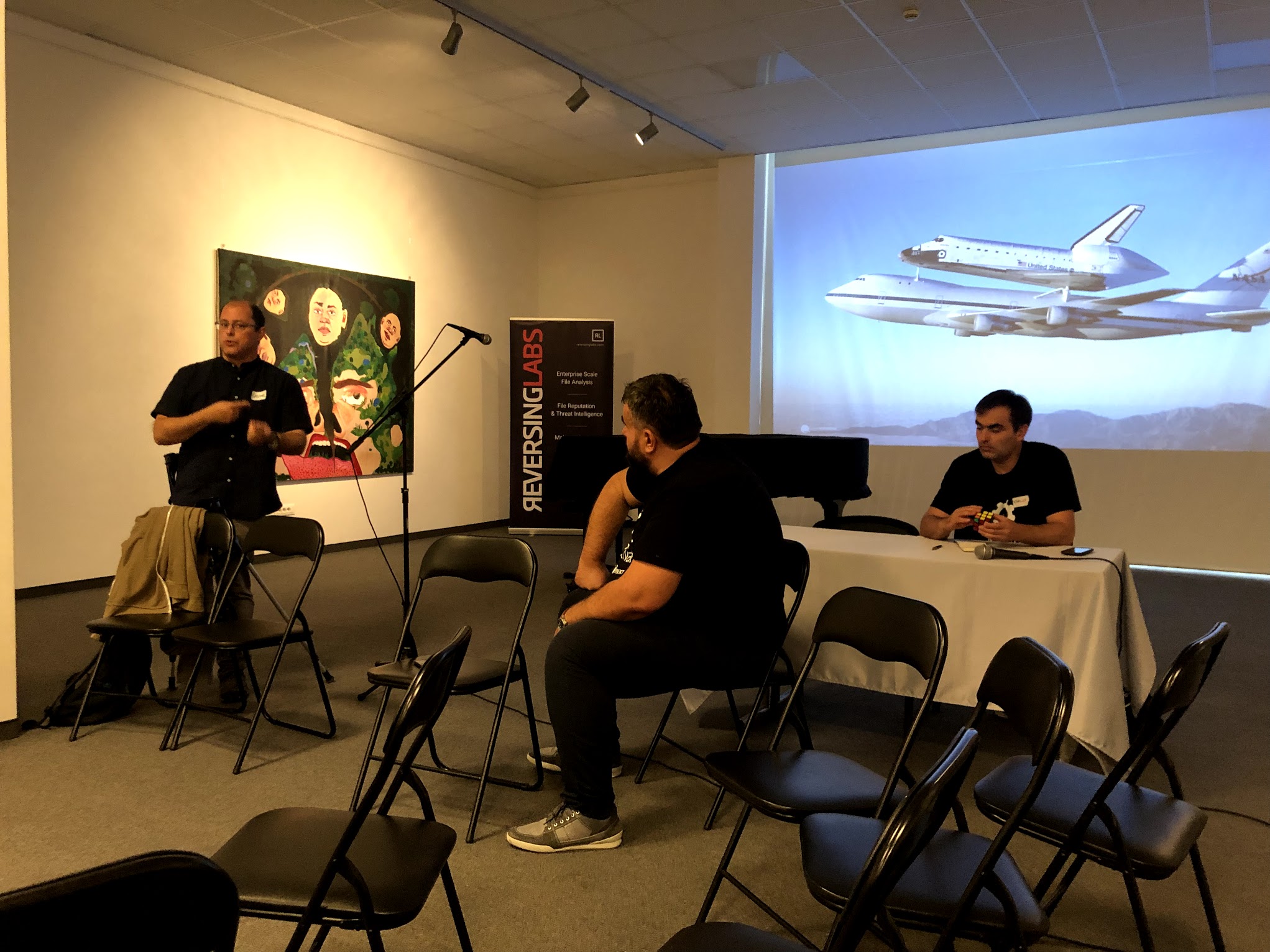 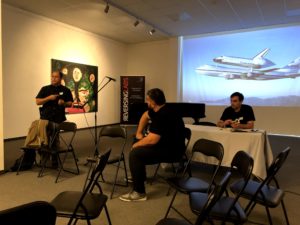 I volunteered to break the ice. I presented three card games. In Visioo, every card has thirteen objects. Players must pair cards with the one same object with a different color. When we have eight cards on the table, there must be such a pair. In the legendary Set, every card has four properties, object shape, color, number, and fill. Three cards represent a set when either we have all properties with the same or all properties with different values.

Those two games could help testers to practice pattern recognition. TestSphere helps with the test plan setting. Cards are divided into five categories: heuristics, feelings, techniques, patterns, and quality aspects. Each card has three hints that could be used as a source of testing ideas!

Marko talked about presentation tools used as knowledge sharing tools in his company.

Ivan is a developer where he presented his positive experience when he cooperated with QA to define the proper set of requirements for a web application.

Gaspar talked about the NASA testing problem, how to test landing of the space shuttle when getting it into the air is very expensive? Mock the launch procedure with modified Boing 747.

Another Ivan also talked about the Space Shuttle program. The space shuttle had 400 000 lines of code. It was tested adequately because of a detailed set of requirements.

Titus presented his project of categorizing his presentation materials along with recordings. His goal is to use those for several blog posts. If you would like to earn some extra money, contact him at Twitter @titusfortner.

Gaspar presented how children learn by example. To show them that fire is dangerous, burn your fingers on a match. Devil is good because it keeps terrible people in hell :). Ten is a pair using fingers. Pair five fingers from both hands. You have five pairs, so ten is also a pair.

Rudi presented concept: Explain to me like I am five. There is a Reddit thread about it.

Mislav talked about how he used UI application as help to configure a complex command-line system for multithread test execution. Use small steps to achieve a higher goal.

Ivan explained the game for visual pattern checking. Do not search for the pattern by searching that pattern. Look the whole picture and pattern will emerge.

Exciting session. I like lighting talks because they last for five minutes and I can stay entirely concentrated in that time window.

The Most Significant Difference Between Static And Dynamic Programming Language

What Is Model Testing?