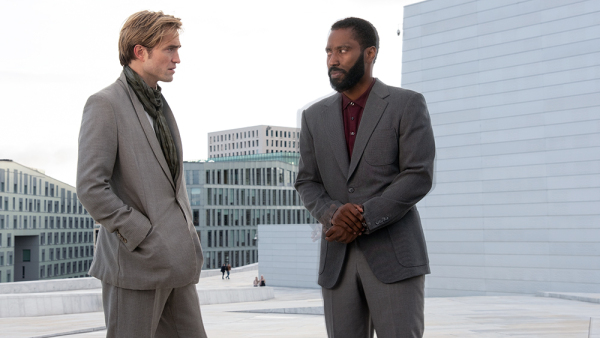 Tenet is the last Christopher Nolan movie. In this post, I will try to figure out the Tenet timeline using an example mapping technique. Be noted that post has Tenet spoilers. The best option is to read it after you watch the movie.

For me, testing applications with time variables were always challenging. Let’s see what Nolan has to offer in the form of entertainment.

Nolan is not an ordinary movie director. From Memento, through the Batman trilogy to Interstellar and the historic event Dunkirk you can easily conclude that his movies are excellent. Memento is essential for figuring the Tenet timeline. In Memento,  main protagonist, Guy Pearce has temporary memory loss, and the movie timeline runs backward.

A principle or belief, especially one of the main principles of a religion or philosophy. For example, Tenets of software automation.

Nenad Polimac, a Croatian film critic, advised watching Tenet several times. Armed with the brilliant mind of my friend Boris, we decided to watch it twice, in three days. We needed some time to rest our minds. We discussed it extensively over a beer before and after the second screening.

Figuring out the Tenet timeline is hard. I will try to explain this fact using example mapping. Example mapping is a technique for breaking problems where the problem is divided into four categories:

The team gathers in defined timeslots (for example, 30 minutes) and discusses the problem by creating the above artifacts.

Rule: A story is a series of events recorded in their chronological order [source].

Rule: A plot is a series of events deliberately arranged to reveal their dramatic, thematic, and emotional significance [source].

Rule: The protagonist is at the center of the story, makes the key decisions, and experiences the consequences of those decisions [source].

As we need to decrypt a movie plot, we will switch User Story => User Plot.

User Plot: At the beginning of the movie, the protagonist is almost killed by a bullet that “goes out of the wall into the gun.”

Rule: A CIA scientist introduces to the protagonist a bullet with “inversed entropy.” The referenced point is our world entropy. Entropy is a thermodynamic quantity representing the unavailability of a system’s thermal energy for conversion into mechanical work, often interpreted as the degree of disorder or randomness in the system.

Rule: Inverted entropy items are coming from the protagonist’s future.

Example: The protagonist shoots an empty gun, and bullets come out of the wall into the gun chamber.

Rule: inverted bullet wound in not inverted human is deadly.

Question: How did the bullet get into the wall in the first place?

Rule: The protagonist was advised not to try to understand inverted entropy, but just to use his instinct.

Rule: There is a machine that inverts human entropy.

Rule: Inverted humans must use inverted oxygen to be able to breathe.

User plot: the protagonist finds the machine at Oslo Freeport. Two unknown men emerge from this machine. The protagonist fights with one masked man, and the fight finishes with “Who sent you (or Who are you, I am not sure anymore).”

The problem is to figure out what happens in the movie plot when we have inverted and none inverted persons in none inverted world. The Oslo Freeport scene is a perfect example. Let’s move forward to reveal the identity of the masked man. The masked man is the protagonist inverted version. He inverted himself in another machine (not Oslo) located in Tallinn. One woman is injured with an inverted bullet, so the protagonist inverts himself for the first time in Tallinn machine so the woman could safely heal in an inverted state. They decided to go back to Oslo, now backward, to normalize themself by going again through the Oslo machine.

Question: Why could they not use the Tallinn machine for that?

Oslo’s scene now makes sense for me. However, this is just the tip of the Iceberg. We have a car chase scene, a final battle scene, and Neil ending speech about who recruited him. For those decryptions, I will need more Tenet screening sessions.

How To Set Project Iteration Duration