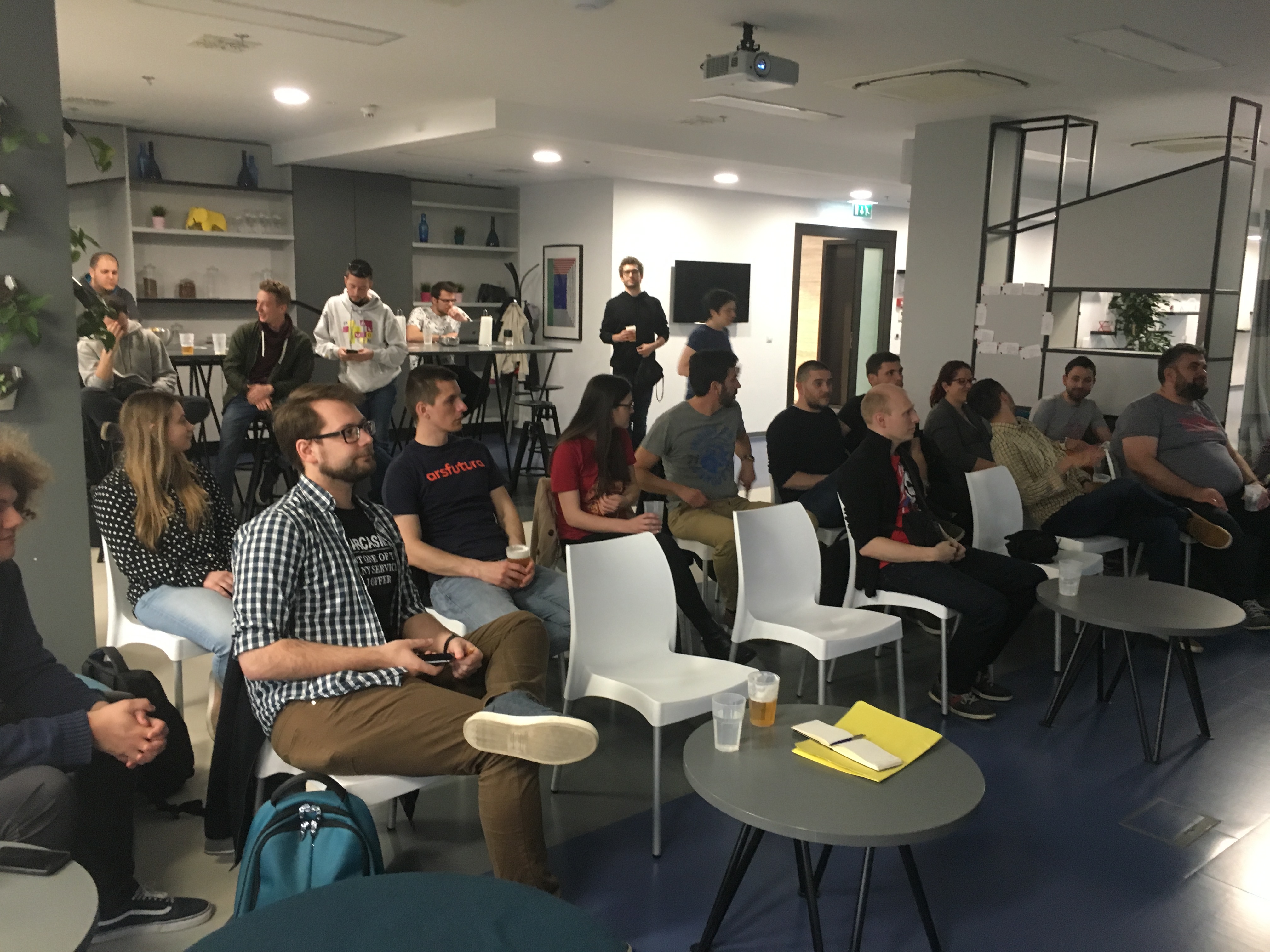 This post is about my learning experience from Testival #47 Meetup. Sponsor of this event was Bornfight, digital inovation agency that creates progress.

Zeljko took the stage and gave usual introduction to Testival Meetup. He put an effort and created a readme.md at testival github repo, what should be done at the introductions:

There were 20+ attendees and we continued with introductions. Every attendee said in 20 sec. something about themselves. I said my recent testing problem, at that time, I coped with webpack assets configuration for stylesheets that I had. webpack created empty css file after compilation. Later I found out that css was actually scss file. By configuring webpack for scss assets, now I have css file that is compiled output of original scss file!

Rudolf first public talk was practical experience of Postman tool. He created his presentation as series of json responses in postman, where backend was node js. Very clever! So he had something like this:

He used term arrange, act and asserts (AAA), that requires that every unit test should have three parts, setup test data, interact with system under test and do asserts on interaction results. AAA term was new to me, but I used this pattern with different terms: Given, when, then or setup, test, teardown.

My takeaway is that Postman is excellent tool to train testers that do not know how to program. They will learn test automation theory, e.g. AAA pattern, get comfortable with json and javascript, so they can start programming json api test automation in some of popular programming languages.

Davor presented card game with unknown rules, and we needed to guess the rule. He used random.org card shuffle game generator. I first met with that style of tester teaching in 2010, when Michael Bolton presented dice game at Rapid Software Testing Course.

Vilim presented his experience how he improves his work on daily basis:

In last year, I did my personal improvements, based on Testival Meetups input: