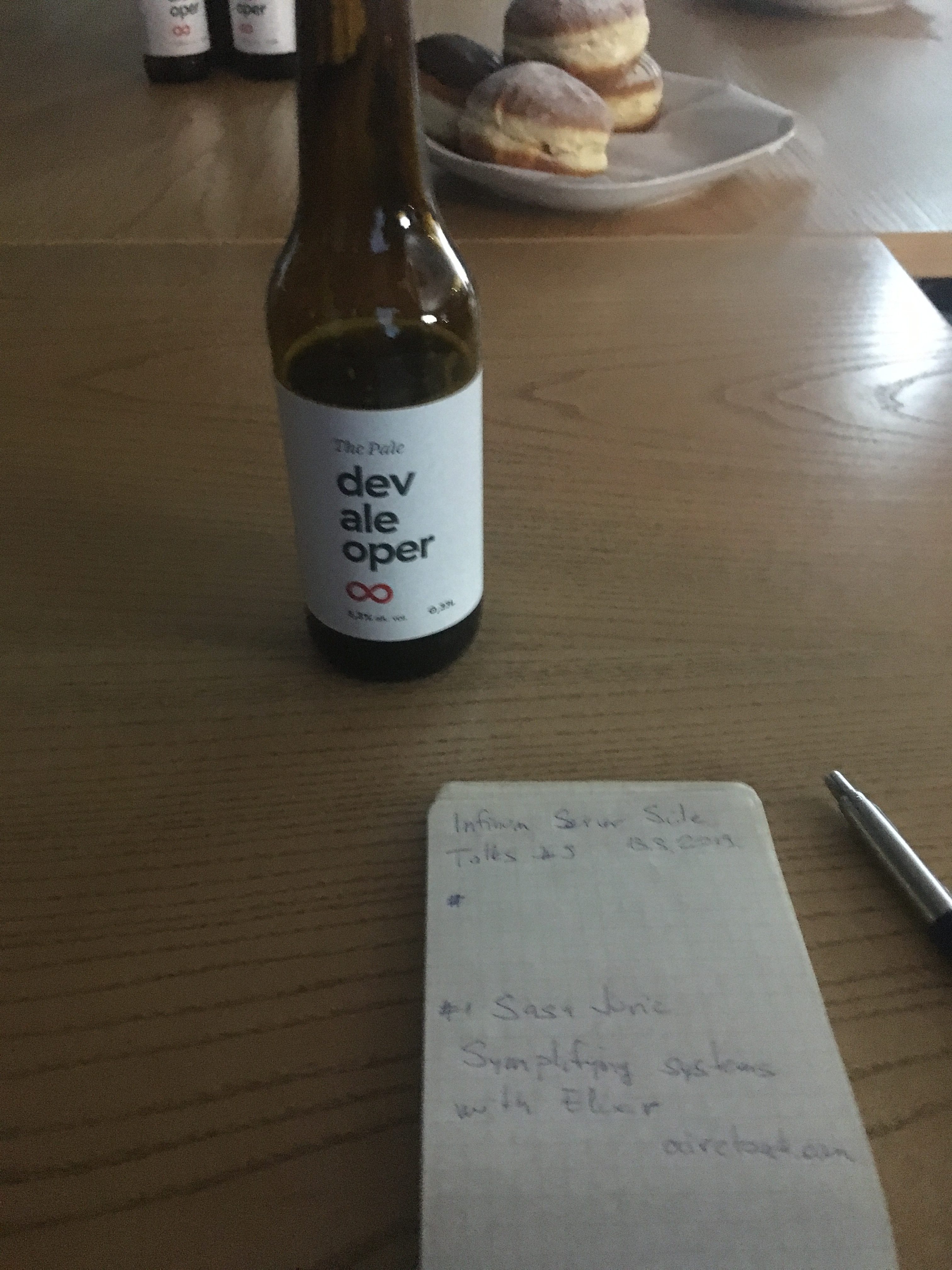 In order to improve as software tester I have been learning Elixir. The best way to recap your knowledge is to listen experts from that field.

Eva, from Infinum, gave a brief introduction about Meetup concept. Two talks with 15 minute break in between, and mingle time over beer and donuts.

Sasa is the author of Elixir in Action. He started with Erlang, and to be honest, he is the only developer that I met that use Erlang. I have been learning Elixir by reading books:

I wrote code from those books, and recently I bumped my Phoenix application to Phoenix 1.4. Based on that experience, I conclude that Sasa explained Elixir architecture in new way for me. I was glad that I understood 100% of his talk, along with Elixir code samples. So I guess that I am on good track with my Elixir learning path.

Elixir is based on BEAM virtual machine, and that is what makes it great. First BEAM language was Erlang, but is syntax was very similar to complex Mathematical proofs. This is where Elixir steps in. Imagine functional language with Ruby like syntax. For some code smell, go to Erlangelist, Sasa Elixir project that he used to explain Elixir architecture. If you would not get scared by the language, I suggest Elixir in Action and Mastering Phoenix, to elevate your backend software developer career.

What is key takeaway from this talk? If you are backend developer, you proably need to know Rails, nginx, redis, systemd, cron, sidekiq,…

Imagine a language that has libraries that can replace all those servers and you can do all do work in one language with no complicated yml files? This is Elixir.

What Is Software Testing?