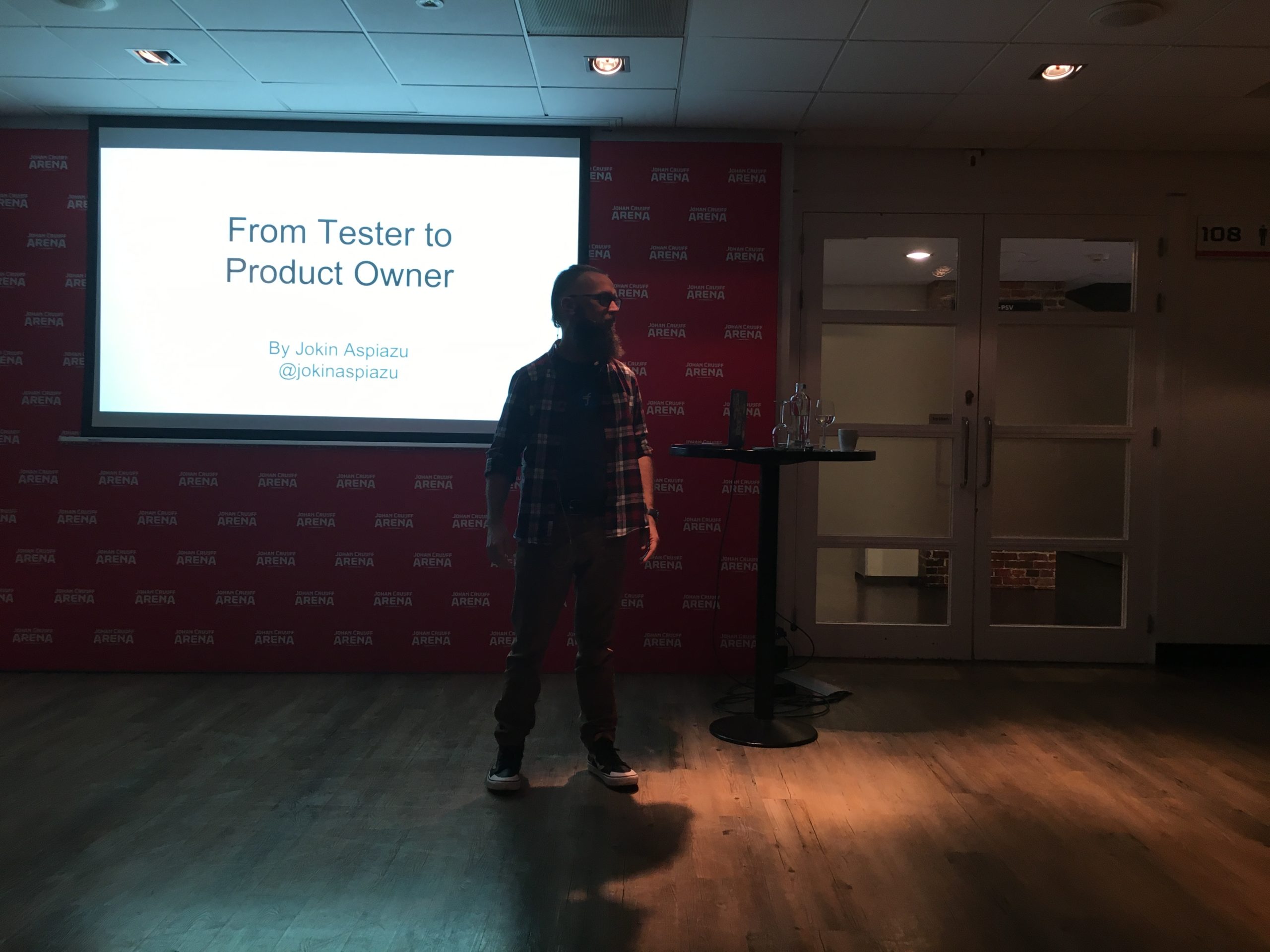 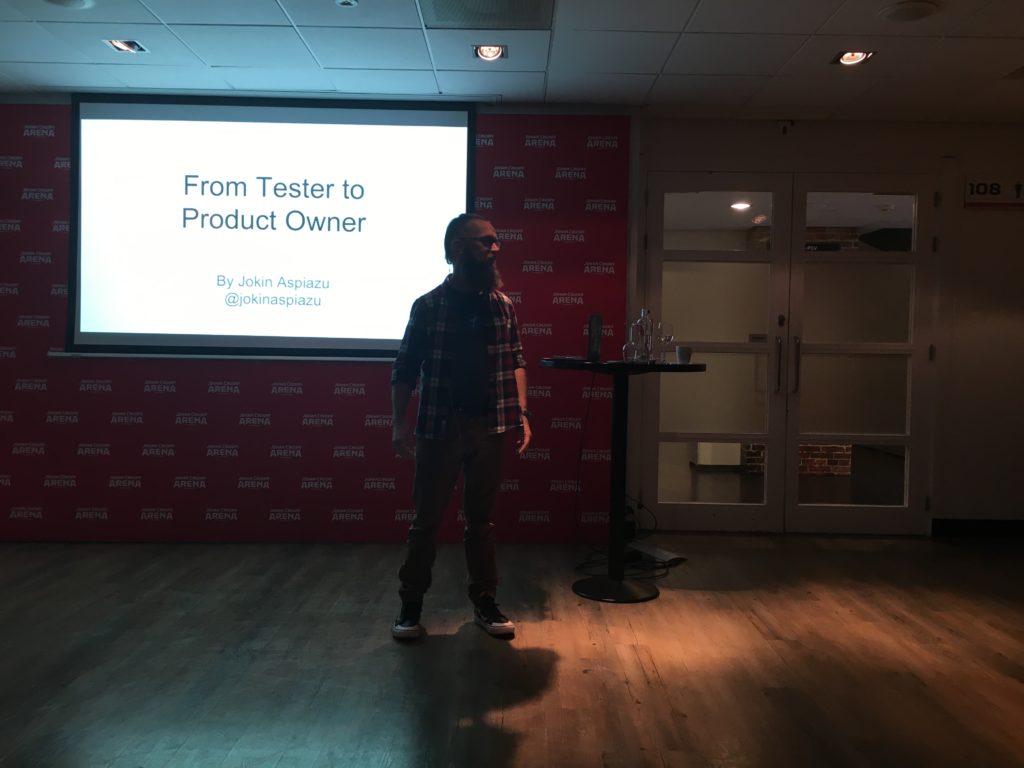 Next on the schedule was the second batch of thirty minutes talks. I chose Jokin Aspiazu’s talk (@JokinAspiazu), From Tester To Product Owner.

It is not the Destination or Departure, it is about the journey.

You probably heard this proverb. I like Jokin’s talk because it is not a set of practices; it is about storytelling.  He is storytelling junky 🙂 Storytelling helped him to get to know what is software testing. Every story has a Three-Act structure:

I realized that this is very similar to the joke structure where we have:

The punchline is the core ingredient of a joke, this is what triggers amusement and laughter.

In narratology and comparative mythology, the monomyth, or the Hero’sHero’s journey, is the common template of a broad category of tales and lore that involves a hero who goes on an adventure, and in a decisive crisis wins a victory, and then comes home changed or transformed [Wikipedia].

In software testing, that Hero is you. The point is how we get from unknown to a known state. To elaborate more, Jokin explains the Cynefin framework:

The Cynefin framework is a conceptual framework used to aid decision-making. Created in 1999 by Dave Snowden when he worked for IBM Global Services, it has been described as a “sense-making device.” Cynefin is a Welsh word for habitat. Cynefin offers five decision-making contexts or “domains”—obvious (known until 2014 as simple), complicated, complex, chaotic, and disorder—that help managers to identify how they perceive situations and make sense of their own and other people’s behavior.The framework draws on research into systems theory, complexity theory, network theory, and learning theories.[Wikipedia]

I first heard about the Cynefin framework in Jerry Weinberg’s books. In my current customer project, I recently moved from Chaotic to Complex. Where Jokin learned about those topics? Check Huib Schoots (@huibschoots) Workshop on Storytelling for test professionals. Here is the story used by Jokin to explain Cynefin quadrants.

You are ready to apply those storytelling techniques in your software testing. Here is where Jokin is using them.

If you do Bug Bashes, you need to set scope, goal, and time window for that bash. Otherwise, you will have problems with your Hero’s journey. Be prepared to ask for help from your team members.

As a product owner, you first have to define the problem that you are trying to solve. After that, as a team, you create a solution to that problem. When you write user stories, use pictures, and information checklists. Those help a lot.

In the end, we got Book Alert:

Weinberg On Writing by Jerry Weinberg.

Once #EuroTestConf is over, and with this great feeling that my talk didn't go bad, let me tell you how you get your chance to tell your story.

Conference And Learn Day 4, The Workshop